Also called cold bonding process, it is a process that uses adhesives to connect shoe uppers, inner soles, and outsoles together. Due to the difference in the adhesive surface materials of the shoe upper and the sole, the types and properties of the adhesives used are also different, such as neoprene adhesives, polyurethane adhesives, and SBS adhesives. Due to its simple process, short production cycle, high production efficiency, low manufacturing cost, rapid changes in patterns and colors, and easy expansion and reproduction, the gluing process is the most widely used assembly process in the shoe industry, accounting for 80% of the total footwear products. %above. This process is most widely used in leather shoes and sports shoes.

Also known as the seam shoe process, it is a process that uses sewing threads to stitch the upper and the sole and other connecting parts together. The sewing thread used is ramie thread, which has the characteristics of high strength, low elongation, fast moisture absorption and high wear resistance. Sewing shoe technology is most widely used in leather shoe products, mainly including sewing welt leather shoes, sewing cuffed leather shoes, and through-sewing leather shoes. Although its craft history is long, the operation is complicated, and the production efficiency is low, the product structure, style and durable characteristics cannot be replaced by other crafts. Coupled with the development and improvement of machine sewing technology, it is more in line with the needs of modern production and consumption, which occupies an important position in footwear products, and has auxiliary functions in the adhesive shoe technology, and thus produces sticky seams. Craft.

It is a process of bonding the outsole and the shoe upper by using the rubber outsole in the mold vulcanization process produced by the rubber flow and mold clamping pressure. The outsole and upper are glued and connected under the high temperature and high pressure of rubber, so the moulded shoe process has the characteristics of strong adhesion of the upper sole and not easy to open the glue, wear resistance and flexural resistance. Due to the long production cycle of the molds of molded shoes and the slow change of color varieties, it is suitable for the production of large-volume products. Products such as labor protection shoes, hiking shoes, and military and police shoes are mostly produced by molding. The molding process is a mold vulcanization process derived from a moldless vulcanization process, and is mostly used in leather shoe products.

Also known as continuous injection molding process, it is a process in which molten plastic is injected into an outer mold and bonded with the shoe upper as a whole. The material of the outsole is mostly polyvinyl chloride, thermoplastic polyurethane, thermoplastic rubber and so on. The process is to complete the bottom bonding assembly under the conditions of automatic feeding, automatic plasticization, automatic measurement, automatic injection, automatic mold closing and mold opening, and automatic molding, so it has the advantages of high production efficiency and automatic production. It has applications in the production of leather shoes, cloth shoes, sports shoes, and plastic shoes.

is a process in which raw films such as outsoles, welts, and outsourcing are bonded to the shoe uppers, and then heated and pressurized in a vulcanizing tank to form a vulcanization process. The outsole of this process is divided into mouldless (calendering) forming and moulded forming. Because the process is relatively rough and the quality is not easy to control, usually only low-end products can be produced. In recent years, due to the introduction of foreign advanced production technology, the product grade has been greatly improved. Because vulcanized shoes are comfortable and economical in wearing, and have high efficiency and low cost in production, this process is still applied in the production of cloth rubber shoes, rubber shoes and leather shoes, and the production volume is large.

This should be the most familiar shoe-making process, using extension strips as the connection between the upper and the outsole, and the hollow part is filled with cork and steel strips. It has the advantages of convenient bottom replacement, good foot feeling and durability. Because this is the most common process for redwing. Let's give a specific introduction to the functions of each part of the Goodyear process 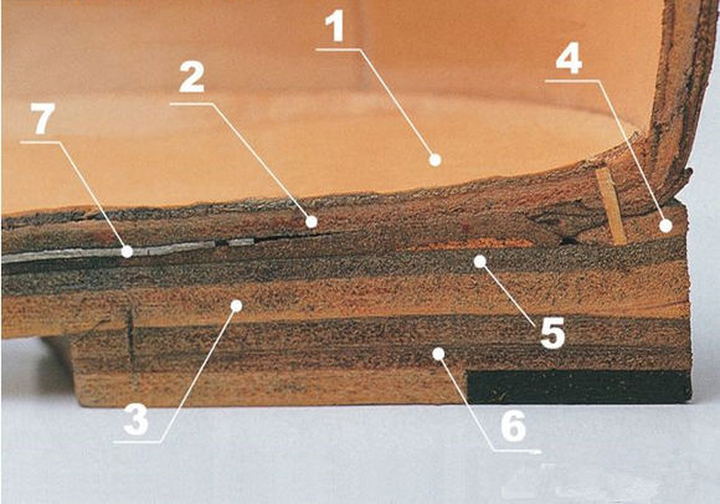 1. Insole cover: also called insole. The soft skin covering the midsole is in direct contact with the foot. 2. Shoe midsole insole: located under the shoe insole, which plays a role in increasing the stability of the sole structure. 3. Outsole: The part of the sole that directly touches the ground, usually made of thick cowhide, which has the function of enhancing wear resistance. 4. Welt: This is an important part of the Goodyear process. By connecting the upper, the insole and the outsole, it effectively supports the entire shoe structure. The shoes are not easily deformed after long time wearing. 5. Cork filling layer: cork filling layer set in the hollow area of ​​the sole. When the wearer walks, it can play the role of elasticity and stability; at the same time, it has the function of moisture absorption and perspiration. 6. Heel heel: It is made up of several layers of hard cowhide heels; and some functional pads are added; in the heel position, a wear-resistant rubber sheet is used to slow down the wear of the heel. 7. Shank spring: Generally made of steel with good elasticity, it is placed in the hollow layer between the midsole of the arch of the foot and the strip layer, which acts as a buffer when walking. A technique that is rare in work boots but often seen on high-end shoes is Channel welt (Buried Thread Goodyear Method). After the grooves are punched on the outsole, the sutures are buried, and finally the grooves are sealed, so that the outsole can present an extremely simple and delicate effect. 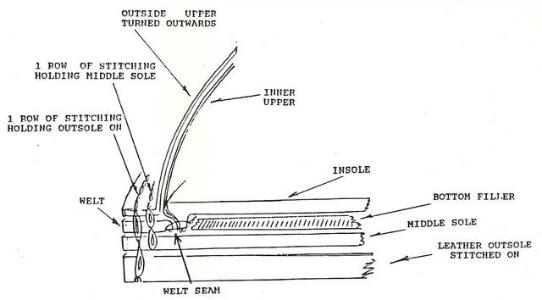 Veldtschoen is the only construction method that can be completely waterproof. Unlike the normal production method, Veldtschoen uses a double-layered upper, one layer is turned outwards and the other layer is folded inwards, so it is difficult for moisture to penetrate into the interior. For the stitching, one thread goes through the midsole and the other thread goes through all the bottoms. British shoe manufacturers often have this kind of boots in the country series to meet the needs of hunting customers. Wesco also uses the same construction method (they call it Stitch-Down), but does not use extension strips (because the suture runs through all the bottoms, the extension strips no longer serve as a connection, so it is optional), according to Wesco USA According to the dealer, this method can also reduce the use of nails and avoid the corrosion of the cortex after the metal is oxidized.

WESCO's Jobmaster is this process. 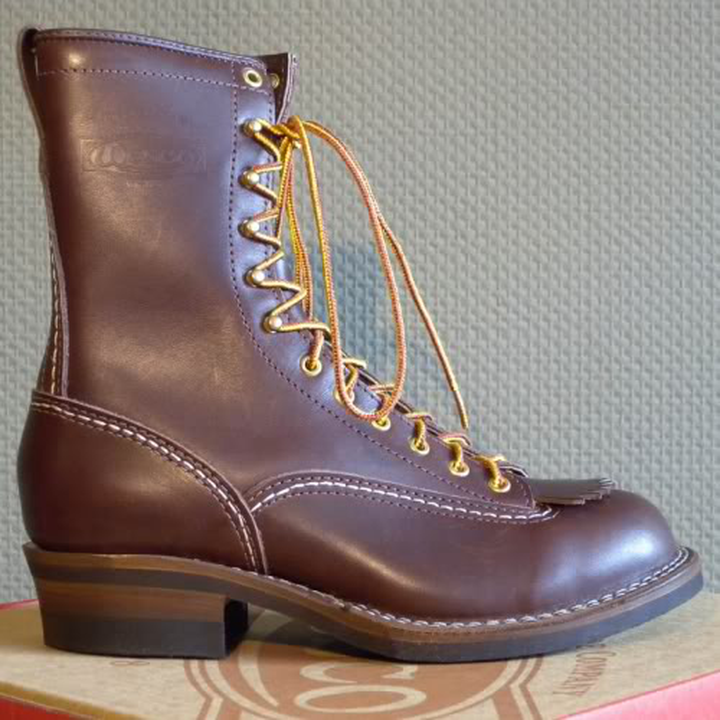 8. Moccasin This practice is also called the practice of buns and shoes. 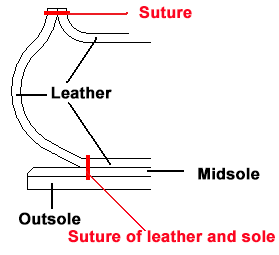 As the shoe-making craft of the Indians, this is one of the most primitive shoe-making methods. The upper covers the whole foot in 360 degrees, and only the upper part is cut and sewn. Many manufacturers of Moccasin will advertise "True Moccasinconstruction" which means that the upper is completely wrapped, while imitating the Moccasin manufacturing method will cut corners and save the bottom part. Manufacturers of modified Moccasin such as Russell Moccasin will use Double Vamp (double-layer upper) to stagger the stitches in order to achieve the purpose of waterproofing. Arrow Moccasin in Massachusetts still insists on using the ancient craftsmanship of Indians to make shoes, while Quoddy in Maine has both. This American-specific traditional shoemaking method is also an important part of Amekaji.

Although it is called "Norwegian" construction method, this technique was actually invented by Italians. Its main purpose is to strengthen the waterproofness on the basis of Goodyear's construction method. Therefore, in contrast to the Goodyear method of stitching the shoe face inward with the strip, the shoe upper of the Norwegian method is turned outwards, and sutures are used to penetrate the inner sole on the side. The stitching of the outer ring is roughly the same as the Goodyear method, but it is worth noting that in the Norwegian method, the strip is decorative, because the upper does not need to be combined with the sole through the strip.

hostonestudio: Norwegian stitching also has a stitching method that bury the welt under the leather surface 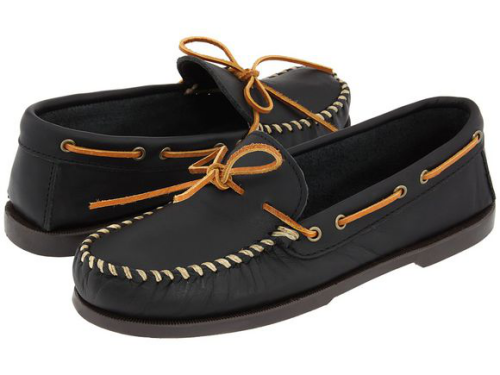 This is a relatively light shoe-making technique. The leather is turned inward and sewn directly on the sole, so there is no need to use extension strips. The advantage of this method is that more elegant shoes can be made. Because of the lack of extension strips, the sole can be made quite thin and can be cut against the upper to achieve a more slender effect. But the disadvantages include not waterproof, easier to damage and difficult to change the bottom, etc. (machines that make Goodyear structures are much more common than those of Blake). Many Italian and French shoe factories, such as Berluti, use this kind of shoemaking process, and it is also commonly found on lightweight shoes like Loafer.

As you can see, 1, 3, 4, and 5 are modern mechanical shoe-making techniques, and many shoe factories have greatly saved time, manpower and material resources when using these techniques. However, luxury brand shoes are basically hand-made shoe crafts like 2, 6, 7, 8, 9, and 10. There is no difference between shoemaking craftsmanship, no matter what craftsmanship, as long as it can make good shoes and comfortable shoes, it is the best craftsmanship!